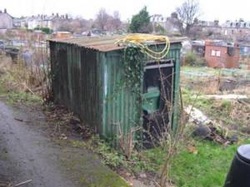 We are now well into January and this is probably the coldest month of the year. The wet conditions we’ve experienced recently also mean that digging the soil is hard going and it is probably better to wait until the soil has dried out a bit before you decide to dig your plot over.

Now is a good time to divide your old rhubarb plants into sections. The new roots which have at least one crown should then be left on the surface of the soil as exposure too frost helps the rhubarb produce new healthy plants. You can then force grow the rhubarb to produce tender pink young shoots either using one of the nice old fashioned terracotta forcing pots or the cheaper version which is an old tin bucket with the bottom cut out.

Seed potatoes are now available at some of the larger garden centres and can be chitted in advance of the traditional planting date – usually St Patrick’s Day. Potato orders made to your local Allottment Site Rep will be available near the end of February.

I ordered two varieties of main crop potatoes for this year – Red Duke of York and an Organic variety called Sarpo Mira because of their good resistance to blight and eel worm. My experiment last year to grow all of my potatoes in plastic sacks was unsuccessful as the crop was very poor. Part of the problem was in making sure that the potatoes regularly got enough water which is difficult to judge. I’ve decided the best way to grow potatoes is definitely straight into the ground.

At the moment I’m trying to decide on which varieties of tomato seed to buy for propagation in March. I grew a beefsteak variety last year from seed and the results were quite good and better than some of my store bought plants. There are so many different varieties of tomato to choose from, however I always go for flavour rather than size. There are new grafted varieties of tomatoes also available from some of the larger garden centres which promise disease resistant, large crops of flavoursome tomatoes, however they are 2-3 times as expensive as standard pot grown tomato plants. I may give some of these a try and compare them with my own seed grown plants.

Now is a good time to turn over the contents of your compost containers and remove any of the nice crumbly brown material for use in your vegetable patches. The material which has not rotted down completely can then be returned to the composters as a base layer.

I was recently looking into suitable hedging shrubs for added security to my allotment at the fence perimeter – there are quite a few options available and the spikier the better. The best ones are Hawthorn, Blackthorn, Sea Buckthorn and Holly. The fruits of the Blackthorn are called sloes and can be used to make a Sloe liquor if you manage to harvest them before the birds get them! There is a tree nursery on the outskirts of Edinburgh which supplies bare rooted trees and hedging shrubs which are more economical than the pot grown versions which are more costly as you are paying for the added weight of the soil. 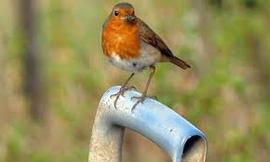 The weather in December has been unseasonably mild during the day so far and this will be appreciated by those who still have crops growing on their plot at this time of year .
In my case there are some leeks left, many of which shot during a dry spell earlier in the year and I’m doubtful they will be edible.

Other leeks which had been stunted in growth by planting in a container were planted out a few weeks ago however they have been massacred by a rabbit or some other pest and there is not much left.

I also have some beetroot, some deformed swedes and maybe some carrots - all in all a poor showing for the year.
Although my enthusiasm has been dampened, I am keeping a positive outlook by planning my strategy for next Spring and I am going to concentrate on potatoes, grown in the ground this time and not sacks, onions, leeks, courgettes, peas and lettuce.
I am considering bringing in a large quantity of farmyard manure in order to replenish the soil and act as a mulch as I have found my allotment soil becomes dried out very quickly on warm days. I believe this is a result of digging in too much leaf mould in previous years.

Jobs which can be done at this time of year include -
Collecting fallen leaves to make leaf mould compost.
Lift root vegetables such as beetroot, turnips, carrots for winter storage.
Leeks can be pulled and heeled back in to make them easier to lift when you decide to use them.
If you have planted winter garlic outside beware of mice and rats who can dig up and eat your precious crop.
If you have Brussels sprouts, earth up the stems if they have become unstable
Check your fruit trees which should have had their final prune by now and mulch around the base of all trees.
Check the condition of your fruit cage and other netting and carry out any necessary repairs
Remember that heavy snow fall can sometimes place a heavy burden on your fruit cage and greenhouse and you should make regular checks during periods of snowfall

Other jobs-
Order your seeds for next year. There is information on the FEDAGA site of the Kings seed catalogue - go to Seed Trading Scheme - and the online ordering process where your discount can be applied if you are an allotment plotholder.
Clear out your shed and greenhouse of any rubbish gathered throughout the year.
Clean, sharpen and oil your gardening tools such as spades, hoes, pruners and loppers .
Consider pegging down heavy gauge plastic sheeting over the parts of your allotment which have been cleared as a means of suppressing weed growth
Put out some food and water for the birds

Finally, have a good Christmas and New Year when it comes.