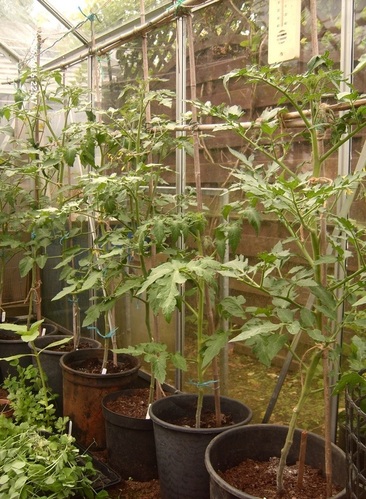 Tales from the potting shed -

A reminder that the Edinburgh Allotment show is on Saturday 3rd September 2016 at the City of Edinburgh Methodist  Church , Nicolson Square. Open to the Public 2-4pm . Register your entries – 9am -12 midday .There is a guide on  how to submit your vegetable/flower entries on the FEDAGA website and if you have never shown before please get involved and submit  something which you have grown on your plot.

I’ve recently been helping my brother at his new allotment plot and have found a serious problem with Horsetail. This is a really hideous perennial weed  which was not apparent when he took over the plot but it has almost completely taken over his potato patch.
Horsetail  ,often called mare’s tail, is an invasive, deep-rooted perennial weed that  spreads quickly to form a thick carpet of foliage,  smothering other less vigorous plants in beds.
It grows from deep rooted rhizomes which can come as fragments in composts or manure. It is best treated in late summer after your crop has been lifted.
It is easily recognised by its upright, fir tree-like shoots that appear in summer. There is a cone-like spore producing structure at the end of the stems and in summer, sterile green shoots develop into fir tree-like plants, 60cm tall.
The problem is that the creeping rhizomes of this weed may go down as deep as 2m  below the surface, making them very difficult to remove by digging.
Removing horsetail by hand is tough and shallow, occasional weeding is not effective and can make the problem worse, as the plant can re-grow from any small bits left behind.
Horsetail can be weakened with a weedkiller such as glyphosate  . Before using, bruise the shoots  to ensure effective penetration.
We are now into the start of the potato blight season and if the weather is wet and humid then your potatoes could be at risk .
Us of a fungicide containing copper can help and this should be used from June onwards if damp/humid weather is predicted.
Crop rotation should also be carried out as a preventative measure for next year. Any diseased plants should be burned or disposed of but not composted.

I’ve had a good crop of Strawberries so far this year and I’m hoping for more .The flavour is far superior to shop bought varieties which are often very bland because they are force grown. The only inconvenience is having to net them to keep the birds off and dealing with the slugs and snails, but it is worth it!.
Taking runners from strawberry plants and potting them up whilst still attached to the main plant is a great way of growing new plants for next year as the older strawberry plants will lose their productivity after 3 years.
Now is the time to start sowing the seeds of the overwintering crops  hardy onion; chicory, radish, kale, spring cabbage to mature in the early summer of next year. It is also the best time  to sow the main crop of carrots to avoid attack from carrot root fly.  Successional sowings of lettuce and beetroot  should be carried out every 2 - 4 weeks for a continuous supply throughout the Summer months.
You should also consider planting out the last of your courgettes, pumpkins, squashes and cover with netting to help protect them from the birds.